Harri Jones’ Race to The Top 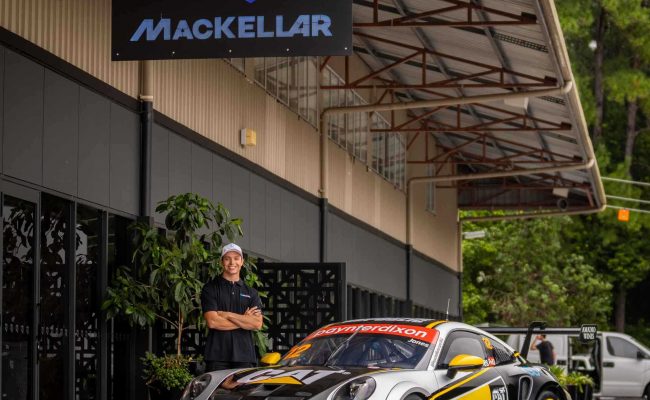 Harri Jones’ Race to The Top

In just a few short years, 22-year-old Harri Jones has gone from a promising young motorsport talent to becoming now one of Australia’s most exciting Racing Drivers.

His rise through the motorsport ranks has been nothing short of meteoric, and as he prepares to kick off the 2022 season at the Australian Grand Prix, there’s no signs of slowing down.

Unlike most racing drivers with their childhood foundations in go-karting, the Buderim-born Racing Driver first got behind the wheel of a car at the age of 15. By the time Jones was just 19 years old, he took out the Australian Formula 3 Championship title.

A year later, he debuted in the Porsche Michelin GT3 Cup Challenge and went on to win the Championship, giving him a ticket to the most elite level of Porsche racing in Australia – the Carrera Cup.

Jones’ 2021 Porsche Carrera Cup season turned out to be an incredible success; he placed third overall and claimed 5 race podiums, along with a debut win at Bathurst in a highly competitive line-up.

This year, he enters the season as one of the favourites and is more determined than ever to claim the ultimate Championship title.

“This year is a big year for me. We’ve had lots of success and breakthroughs over the past few years. I have one goal in mind this year, and that is to win the Porsche Carrera Cup Australia Championship,” says Jones.

“During the previous two COVID-interrupted years, I was determined to stay focused and strive to master all elements of my craft. I know what we have to do to win this year; now it’s a matter of coming together as a team and executing each race to the best of our ability.”

But Harri didn’t get to this point alone.

Along the way, he has had the support of a community behind him, who have believed in his potential and his vision to become a World Champion.

Among those that have backed Harri along the way, local company MacKellar Group has been part of the journey from the beginning and remain major supporters to this day.

For MacKellar Group Managing Director, Duncan MacKellar, the partnership has been important not only for the organisation, but also for what it represents for the region.

“Being a young athlete on the Sunshine Coast is different to coming from somewhere like a major capital city, where there are a lot of sports people and opportunities to get backing. So for us, it means a lot to see a young Sunshine Coast talent get some real support and the chance to shine on the world stage.”

“It’s also been fantastic working with Harri over the years and seeing him evolve. He’s developed as a driver and an athlete and continues to apply his intelligence to his driving. We’re very excited to see what he can achieve this year and how far he can go.”

For Jones, being able to have this kind of support from long-term partners has been critical to his success.

“For me, my partners are such an important part of the journey. It’s easy as a driver to get caught up into thinking it’s just about you, but in reality, many of us wouldn’t be here without the support of the people that back us,” says Jones.

“This year is now the fourth year of my partnership with the MacKellar Group and of working with Duncan. They came on board in my career early on and have stuck with me all the way, even through tough periods like COVID where there was minimal racing. Without the support of Duncan and the team, I wouldn’t be where I am today”.

Looking ahead, Jones is now gearing up for what promises to be an incredible and jam-packed year of racing.

With Round 1 at the Australia F1 Grand Prix kicking off in just over a week’s time, Jones is more ready than ever.

The 2022 Porsche Paynter Dixon Carrera Cup Australia kicks off with Round 1 at the Australian F1 Grand Prix on Thursday 7th April.

Round 1 will be televised across both Paid (Foxtel and Kayo) and Free to Air (Channel 10) TV.